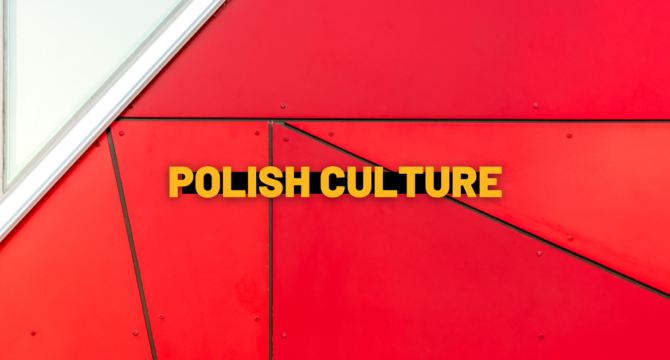 Modern tradition has been shaped by the 2nd World War, communism, capitalism (in the last 30 years of democracy), and the European Union. In short, despite the great tempo of secularisation and changing of the set of beliefs, the foundation of Polish identity is a mixture of Western- and Eastern-European impacts, love for great food, passion for ski jumping, and complaining.

Poland, with its 16 provinces (voivodeships) and 38 million population, is a land of great cultural heritage. Stretched between the Baltic Sea and the Beskid Mountains, Poland is home to 17 UNESCO World Heritage sites with:

Stereotypically, Poles are kind, straightforward, and tend to wheel and deal. We love our families and stay close to them, despite the significant changes in beliefs and lifestyle. In general, Polish people are quite outgoing but it takes time to get close to them.

There is a notable difference between people living in small villages and willing to live in compliance with traditional values, and those living in big cities. The big-city lifestyle in Warsaw, Kraków, Poznań, or Tricity looks the same as in Berlin or Madrid.

When it comes to professional work, Poles value hard-working and punctuality. The work needs to be done, no matter what. Unfortunately, that attitude leads sometimes to workaholism and a poor work-life balance.

Let’s be frank: Polish language is tough to learn. Due to the thousand-years development, it is rich in vocabulary and inflection, and it has seven grammatical cases! Foreigners admit that Polish sounds like “szszsz”. Well, it does.

Poles are generally direct in everyday communication. It is a mixture of humour, sarcasm, and a bit of swearing (sorry!).

Visual arts have always been under the great influence of Western artists. Nonetheless, Polish artists reached notable recognition and have developed their own language. For these interested in the topic, Culture.pl features the best of Polish literature, design, visual arts, music, film, and more, with over 6 million visitors a year across 80 countries.

Student scholarships for foreigners in Poland

Scholarships for doctoral students and researchers